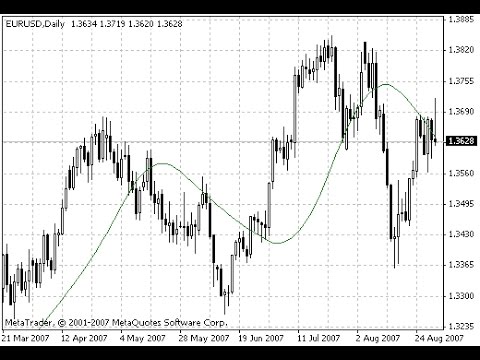 I built a forex trading strategy recently for a friend, and wanted to share it / get some feedback on it, as most of the systems I build trade stocks and are more fundamental/macro based!
The system was inspired by this forexfactory post: https://www.forexfactory.com/showthread.php?t=343533 but I've made a few changes.
The Filter:
I didn't like the proposed TMA slope indicator as the calculation and cutoff values seemed too arbitrary to me, so I take the 5 bar ROC of an EMA and smooth it. I divide this value by its standard deviation to scale it for higher timeframe analysis. I take the value of this adjustedSlope at the 4H, 1D, 1W timeframes, and sumproduct them with weights of 40%, 30%, 30% to give a little more strength to recent movements. I call this the overallSlope (for future reference).
I describe the the market regime under these rules:
(overallSlope > overallSlope[1] and overallSlope > 0) = bullish
(overallSlope < overallSlope[1] and overallSlope < 0) = bearish
(overallSlope > overallSlope[1] and overallSlope < 0) = neutral
(overallSlope < overallSlope[1] and overallSlope > 0) = neutral
Just like the system from ForexFactory, only long trades can be taken if its bullish, only short trades can be taken if its bearish, and either trade can be taken if its neutral.
The Setup:
I believe this portion is identical to the original stated system. Take the 50 bar Triangular Moving Average on the 4H timeframe, where the UpperBand is TMA + (2.5 * H4ATR) and the LowerBand is TMA - (2.5 * H4ATR).
If the market regime is bullish/neutral and the price has traded below the Lower Band then we're setting up for a buy and vice versa with a bearish/neutral market regime and price trading above the Upper Band.
I'm considering switching this to Median Absolute Deviation Bands as I like using the modified Z Score but I'm unsure of applying it directly to a price series instead of indirectly through an indicator or factor, I assume the median isn't very effective due to the actual series drifting, where as its (more) static when applied to Earnings Yield or something.
The Trigger:
For the trigger I'm on the 1H TimeFrame using the MACD histogram crossing 0, but the MACD is based on the Jurik Moving Average instead of the standard. A couple years ago when I first started getting into programming and playing forex, the JMA was something I stumbled on and wrote up and I really like it, it's very effective and smoothing a series, allowing the use of shorter lookback values without the MA being too "jittery".
Exits:
On the losing side, at open a stop loss is placed at (2 * H4ATR) below(above) the low(high) if we're going Long(Short). I'm currently split between two exits on the profit side. Right now my current exit criteria for a hypothetical long position is a bearish MACD Histogram crossover while we are above the TMA (the "midline"). The other strategy I'm considering is half off at the midline and the other half off at the Upper Band, but I think this isn't great because it can reverse and hit the stop effectively nulling the trade.
Risk Management:
For the risk management of the system I'm using position sizes standardized to risk 3% of the account on each trade by calculating how far away the stop is, and scaling the # of units until $risk = AccVal * .03.
Additional Comments:
As of right now I only have it fully coded on TradingView and I've made sure to use open prices for everything to avoid? (not sure if this completely handles this issue, please let me know) lookahead bias and I'm in the process of translating my code into my backtesting system but a lot of what I've built is equity related so I have some work to do to get it running right for forex. In TradingView I have it plot the Entry, Stop, and two targets, and the background shifts based on if it's long/short/flat. https://imgur.com/a/A1UQi04
​
I look forward to any thoughts or comments y'all may have, thanks for reading!

TMA Oscillator To see how far the price is from the average link tma all in one At the end, everytime prices return back to average values, and prices can move away until some distance. We can buy or sell with mixed prices, that can provide us better buy or sell average cost. Tma true is a mt4 (MetaTrader 4) indicator and it can be used with any forex trading systems / strategies for additional confirmation of trading entries or exits. (downloadable file Tma true.rar contains Tma true.ex4 and Tma true.mq4) Free Download Tma true mt4 indicator The System: Extreme TMA. The market is cyclical and like a pendulum, is a never ending sequence of extremes. It forever tries to reach the mean but never succeeds, constantly overshooting its mark, reversing and trying it again but always failing to reach balance. This system attempts to capture those extremes. ... Forex Factory® is a brand of ... TMA Crossing strategy is a trend following strategy for binary options and scalping edging trading. This an very speculative system but I love the risck. Here it is not joking but it takes seriously the main feature of this strategy is the crossing of the TMA with the central moving average. There are three moving averages and they form a channel for having always defined and clear the price ... In stock trading, the triangular moving average (TMA) is a technical indicator that is similar to other moving averages.The TMA shows the average (or mean) price of an asset over a specified number of data points—usually a number of price bars. However, the triangular moving average differs in that it is double smoothed—which also means averaged twice.

☑️ Download Forex Robots - visit site http://FXPIP.ONE ☑️ mail: [email protected] ☑️ Channel in Telegram https://t.me/profitFXPIPs ☑️ Best FX brokers ... #what #is #forex #trading #how #to #trade #factory #capital #markets #rates #gcm #insta #bank #club #rate #live #news #mustafa #easy #robo #calendar #exchange #valuta #khaleej #times #uk #signals ... Download free Mt4 Indicators: https://www.bestmt4indicators.in TMA+CG Mladen is an mt4 (MetaTrader 4) trading indicator and it can be used with any forex tra... Enjoy the videos and music you love, upload original content, and share it all with friends, family, and the world on YouTube. Welcome to our continuing challenge on a small account with our TMA Forex Signals. Today we decided to do a 35% account growth or $100 in just one hour from a small $294 account.